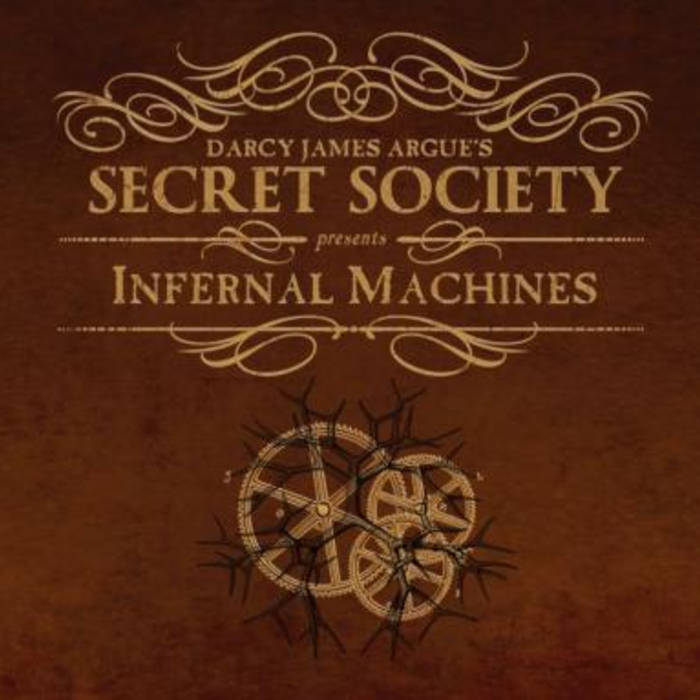 Watching Nebula the jazz band at my old high school played Transit once, saw em play it and filed the name away for YEARS before I finally came back for this. still fresh. Favorite track: Transit.

Deidre House I'm not sure what "steampunk big band" is supposed to mean (what, are the guitar pickups steam powered??), but it's as good an attempt as any to put words to this great music. Thanks again Ed! Favorite track: Redeye.

Composer-bandleader Darcy James Argue’s 18-piece steampunk bigband Secret Society has been called a “powerful and well-stocked ensemble” and Argue a “Jazz Great of Tomorrow” (The New York Times), and his music has been dubbed “ambitious, sprawling, mesmerizing” (Montreal Gazette). But most unique of all his accolades has to be Time Out NY/New York Times critic Steve Smith’s twittering “OMG!” upon first hearing Infernal Machines, the album seemingly destined to change the face of modern big band music.

A startling and mesmerizing blend of jazz, indie/experimental rock, and classical minimalism, the album is the first studio recording by a composer and bandleader who Hank Shteamer of Time Out New York says “draws on the full spectrum of modern rock, jazz and classical music with his band, Secret Society. Yet his complex, emotionally charged pieces handily transcend pastiche … the album ought to not only raise Argue’s profile, but also serve as a reminder that big-band jazz needn’t be a fossil.” This release, which takes its name from a John Philip Sousa quote about the dangers of music technology, features new definitive studio recordings of material Argue and the band have been developing since their first gig in 2005. Argue’s Secret Society is well-known for the virtuosity of the individual band members as well as the unique and groundbreaking sound of the compositions and the band as a whole, and Infernal Machines offers solos from his stable of incredibly talented band members, including trumpeter Ingrid Jensen, saxophonists Mark Small, Erica vonKleist, and New Amsterdam’s own Sam Sadigursky, and trombonists James Hirschfeld and Mike Fahie.

Infernal Machines has been called “addictive not only for its architecture, but for its fetching way with color” (DownBeat), “a wickedly intelligent dispatch from the fading border between orchestral jazz and post-rock and classical minimalism” (New York Times), and “maximalist music of impressive complexity and immense entertainment value” (Village Voice). James Hale has remarked that “Argue deserves his place alongside Schneider, Hollenbeck and other contemporary big band arrangers who are looking beyond traditional notions of what a large jazz orchestra should, and can, sound like” (Jazz Chronicles). Infernal Machines also garnered a 2011 Grammy nomination for Best Jazz Large Ensemble Album, among placement on over 70 best-of-2009 lists.